I've used antique sewing notions in many of my paperweight designs over the years.  From buttons and snaps sewn onto cards, to cardboard spools of thread and small tools, these things tend to fit very well in our paperweight kits because they're small, flat and fairly thin.
The next time you find yourself in an antique shop, keep an eye out for these items.  They're usually very affordable.  For instance, the needle packs I used in this project were in a plastic bag of other sewing items I purchased for just $5.00.  I'm sure the other items will eventually find their way into future projects. 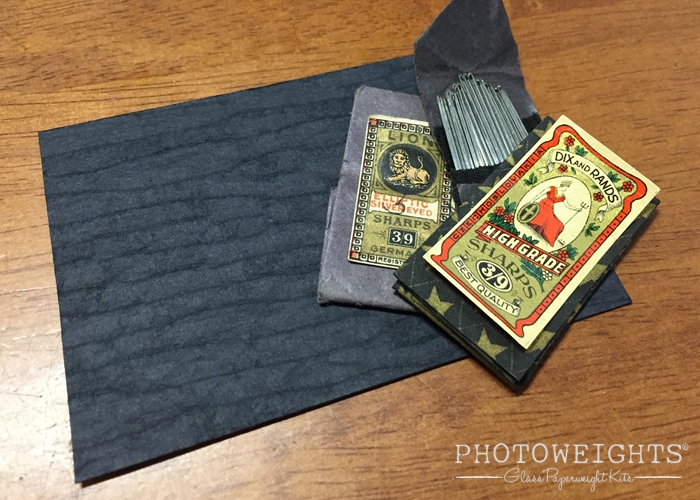 This paperweight was made with just a few items.  I used a swatch of black, textured scrapbook paper to create a background for three needle packs.  Two of the needle packs include their original label and artwork.  The third had been opened and was missing the front flap. 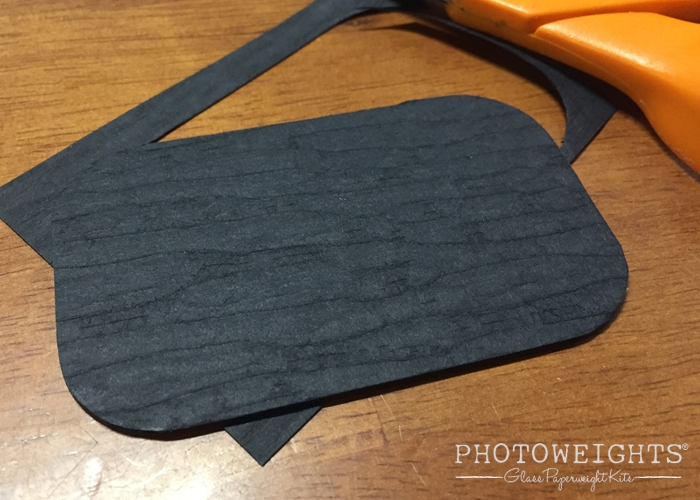 The above photo shows the scrap of textured paper after it was applied to the self-adhesive mounting board (included with each paperweight kit) and trimmed with a pair of scissors. 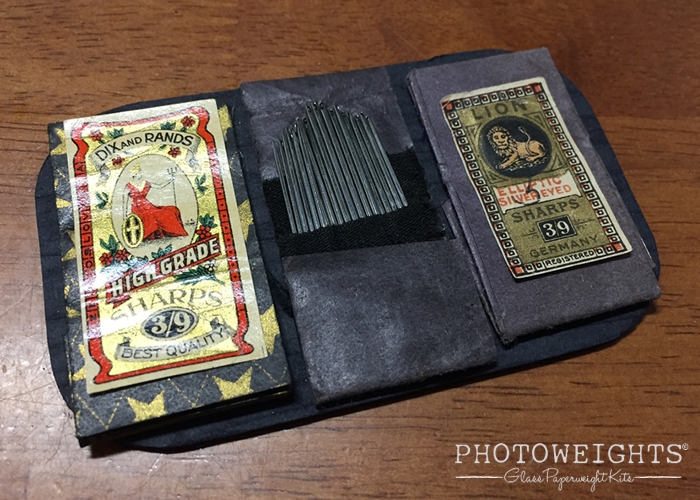 The open packet of sewing needles was glued to the center of the background with hot melt glue.  The other needle packs were attached to the background with hot melt glue, as well.  Now it's ready to be framed in the paperweight.
Note: If you use glue that has any moisture in it (liquid/gel/paste), allow it to dry completely before you assemble your paperweight.  If you seal the artwork in your paperweight before the glue has had time to dry, evaporation may form a haze on the interior surface of the glass.
SHARE THIS POST
Previous Post
Next Post 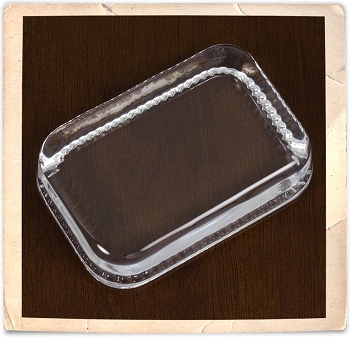 View Details
(5)
Heirloom Rectangle Paperweight Kit
(5)
Design and create your own, glass paperweights with photographs, artwork, crafts, small collectibles, and a variety of other objects.